Branding plugin CSS customisations not persistent in v4.05 (and other related notes)

This does not appear to affect either the palette customisation, or the additional buttons functionality. Those changes remain persistent regardless of the presence of the plugin window.

Unfortunately we do not have a intermediate version between v3 and v4.05 to trace the exact genesis of this issue, but it is reproduceable on the current demo instance (v4.05), so it does not appear to be a problem with our specific environment. As far as my memory serves, this issue was not present in the initial v4 release (but I cannot be certain).

If this issue hasn’t been characterised yet I would be happy to investigate further and pass my findings over to the team. 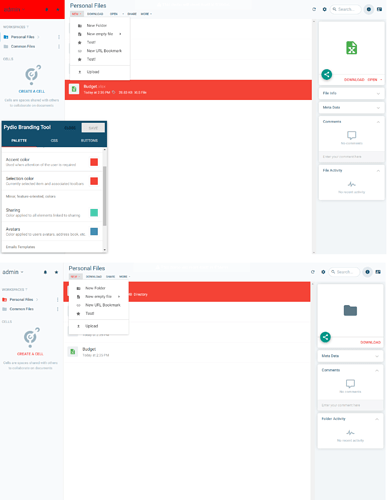 Hi @sundaycrunk thanks for submitting - we’ll have a go on that one !

and … I can reproduce both, and I know more or less where it comes from

Awesome, we shall look forward to the next patch

Thank you very much Charles!

This topic was automatically closed 11 days after the last reply. New replies are no longer allowed.